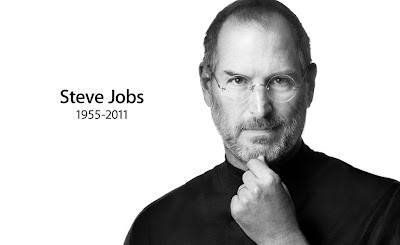 Few young people will remember a world without Apple. I remember taking delivery of our first Apple Mac back in 1986. It was revolutionary, so revolutionary we had to hide it from the NGA (the Union) as they saw it as a threat to jobs. The bloke who came to teach us how to use it said 'remember WYSIWYG'. I looked back vacantly and he explained 'with Apple What You See Is What You Get'. It was their mantra back then when computers looked alien to the man in the street.
Steve Jobs sadly left this World yesterday but he has left it a much better place. Without his vision repressed people all over the World would not have been able to rise up and fight for their rights. There is no doubt in my mind that this man has left a legacy of Freedom for people Worldwide. 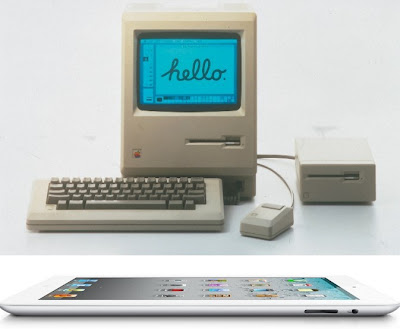 This was the first Apple Mac we bought when we had our Ad Agency, who would have thought that 26 years later that ultra slim gadget below would do a million more things for me and let me sit on the sofa doing them.
Sad to say that to rid the World of Bin Laden it cost millions but to rid the World of Steve Jobs it took Cancer still that dreaded word even though it's now 2011. I am sure there will be another visionary somewhere who will have the will that Steve Jobs had to find a cure for this awful disease.
Posted by Di Overton at 8:51 am

And sooner rather than later please. Beautifully put.
Francesca

I agree it's appalling that so many resources have been spent trying to kill one man, when so little is spent trying to save the thousands who will die from cancer each year.

I was preparing a post myself and could not go through with it. In the San Francisco Bay Area Steve Jobs was a huge presence and his loss is felt very keenly here as so much of the local culture and economy owes so much to his ideas, his, tenacity, and his belief that anything is possible and that good design makes your life better, that taking risks is the very soul of creativity. He was a true visionary and attracted enormous creative resources to this region making it the place to be if you wanted to invent or innovate. I've been using a Macintosh computer since 1985 and was able to start and run my own business using a Mac, which was at the time the only accessible and affordable computer on the market. Because of Apple others in the industry made their products more accessible and useable enabling an entire generation across the world to become computer literate. To the designers, artists, animators, filmmakers, entire companies and individuals who use and design for and with these innovative products, this loss is felt very personally.

Far, far too soon.
I can't imagine the world without his genius.

Very well written. you put a different slant on it than anyone else has.

This was such a hard one, I've been with mac from my first computer and Steve Jobs was always someone who was just a friend of a friend removed--I didn't know him, but he was such a familiar fixture of california. Anway I love that he existed and hope like you, that there will be a cure. 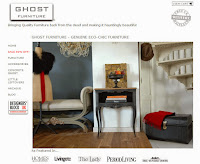 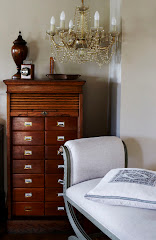 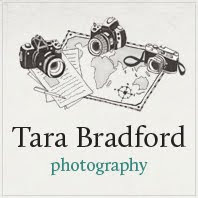 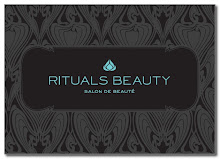